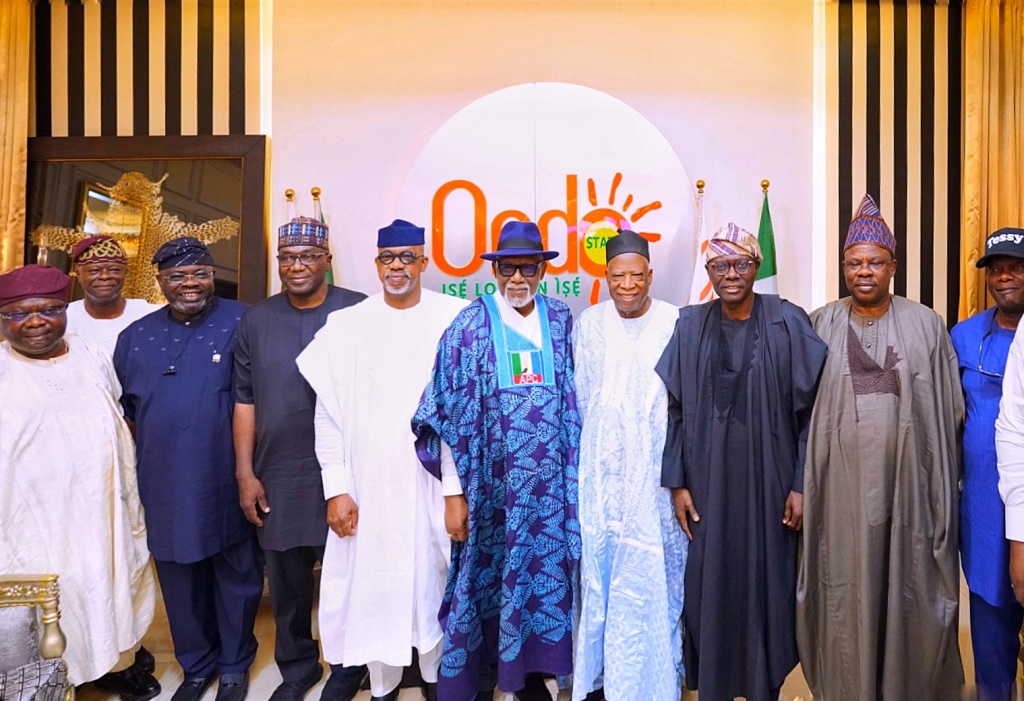 Lagos State Governor, Mr. Babajide Sanwo-Olu, on Tuesday, donated N25 million to the people of Owo, who were affected by the recent gunmen attack, which claimed scores of worshippers at St. Francis Catholic Church in Owo, Ondo State.

Sanwo-Olu announced the donation during a condolence visit to Ondo State Governor, Oluwarotimi Akeredolu (SAN) at the State House in Akure.

Governor Sanwo-Olu visited his Ondo State counterpart in the company of Governors Dapo Abiodun (Ogun) and Abdulrahman Abdulrasaq to sympathise with Akeredolu and the people of Owo and Ondo State in general.

Governor Abiodun on behalf of the governors also sympathised with Akeredolu and the people of Owo and Ondo State at large, as well as families and victims of the Sunday, June 5 ugly attack in Owo.

He said: “We find the attack, not just an attack on the good people of Owo and Ondo State but the entire people of the South-West.

“My brothers and I have decided to support the good people of Owo with a token sum of N25 million each, totaling N75 million. We indeed pray that such incidents like this will never reoccur.”

Speaking to journalists during the condolence visit, Governor Sanwo-Olu, who condemned the attacks on worshippers in Owo, said South-West governors will continue to strengthen internal collaboration and security within the region.

“We had a South-West Governors meeting last week and few steps have been taken. First is that we have agreed to have a three days mourning period and flags are being flown at half-mast. We have taken steps to strengthen and further reinforce the security architecture in the South-West; of course including things around transportation.

“Indeed all of us have condemned the unfortunate, totally unwarranted killings. It is a completely dehumanising incident that should not be happening in the modern age. The act is condemnable and we condemn it in the strongest terms.

“We offer prayers and condolences to families that the incident affected and the entire people of Owo and indeed by extension Ondo State,” Governor Sanwo-Olu said.

In his remark, Akeredolu appreciated the governors for the condolence visit, noting that his brother governors in South-West and other parts of the country have been in touch with him and sympathised with the people of Ondo State on many occasions since the date of the ugly incident.

Akeredolu, who is the Chairman of the South-West Governors’ Forum, also reiterated the commitment of the governors to the lives and securities of the geo-political zones.