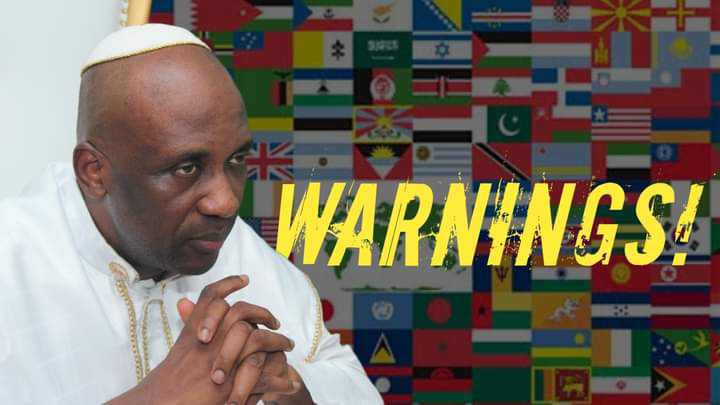 The spirit of prophecy is a very rare one, and this is why anyone with a genuine prophetic call is always highly respected. Prophets are seen as oracles, mouthpiece of God, those who wine and dine with God, they know the problems and the solutions long before they happen.

In Nigeria, one of the few true prophets we are blessed with is Primate Elijah Ayodele, the leader of INRI Evangelical Spiritual Church, a man regarded to as the most accurate prophet by many, even though he has always dispelled this title by saying God is the only accurate being, He is sincerely revered by many because of the accuracy of his prophecies and their fulfilment.

Primate Ayodele is known for releasing prophecies as they come, sometimes daily, sometimes weekly, sometime hourly, it could come in any frequency, but whenever he releases them, they immediately become subject of discussions in the public space, with people anticipating, monitoring when it will come to pass.

Just like every other prophet, Primate Ayodele sends prophecies out to the public space but there is one thing that stands him out among others which is apart from the normal daily, weekly, hourly prophecies, God has given him a divine mandate to publish an annual book of prophecy that is titled ‘Warning To The Nations’.

This book is a voluminous journal that contains divine signals for all nations, continent, countries, states in the world, it also goes down to local government, corporations, government establishments, individuals, to mention a few. It mostly talks about the message of God for them, they are always warnings and what they should do in a case where the man of God sees something bad happening to them. He has been publishing it since 1994

The last edition was published in 2020, and as we all know, God doesn’t say a word and not stand by it, the warnings of God published in this book has been coming to pass since it was released. Generally, over 10,000 fulfilled prophecies have been extracted from the book since 1994 excluding the 2020/2021 edition because the fulfilled prophecies were also compiled last year.
For the latest edition, many of them have come to pass, but this epistle will focus on the latest ones that God fulfilled. On Page 138, Primate Ayodele gave a prophecy on the Democratic Republic Of Congo and warned the country of some issues that has to do with natural disasters, just days ago, the country witnessed a volcano.
On Page 81, The man of God warned Niger state to pray against bandits and Herdsmen attack. Two days ago, news broke out that about 200 students were kidnapped by bandits in the state, till now, nothing has been heard about them.
On Page 162, Primate Ayodele spoke about Mali and warned that country to pray against declaration of state of emergency on the country as he foresees troubles In the country. At the moment, Mali is facing unrest, just last week, the President was ousted by the military, ECOWAS has had to intervene in the matter with an emergency meeting with other African Presidents.On Page 193-194, Primate Ayodele spoke about the United States Of America, and revealed that he foresees killings and shootings over there. As he said it, reports has it that two people have died, and more than 20 have been injured in Miami after an assailant opened fire

On Page 1, Primate Ayodele spoke about his country, Nigeria and gave some scary warnings that are happening now, among these warnings includes political assassinations. This was confirmed yesterday when an APC Chieftain, Ahmed Gulak was shot dead in broad day light by unknown gunmen in Imo state.
Primate Ayodele is just a man of God the world is blessed with, his warnings are top notch, and according to classified information, he will be releasing the 2021/2022 edition of the warnings to the nations soon.