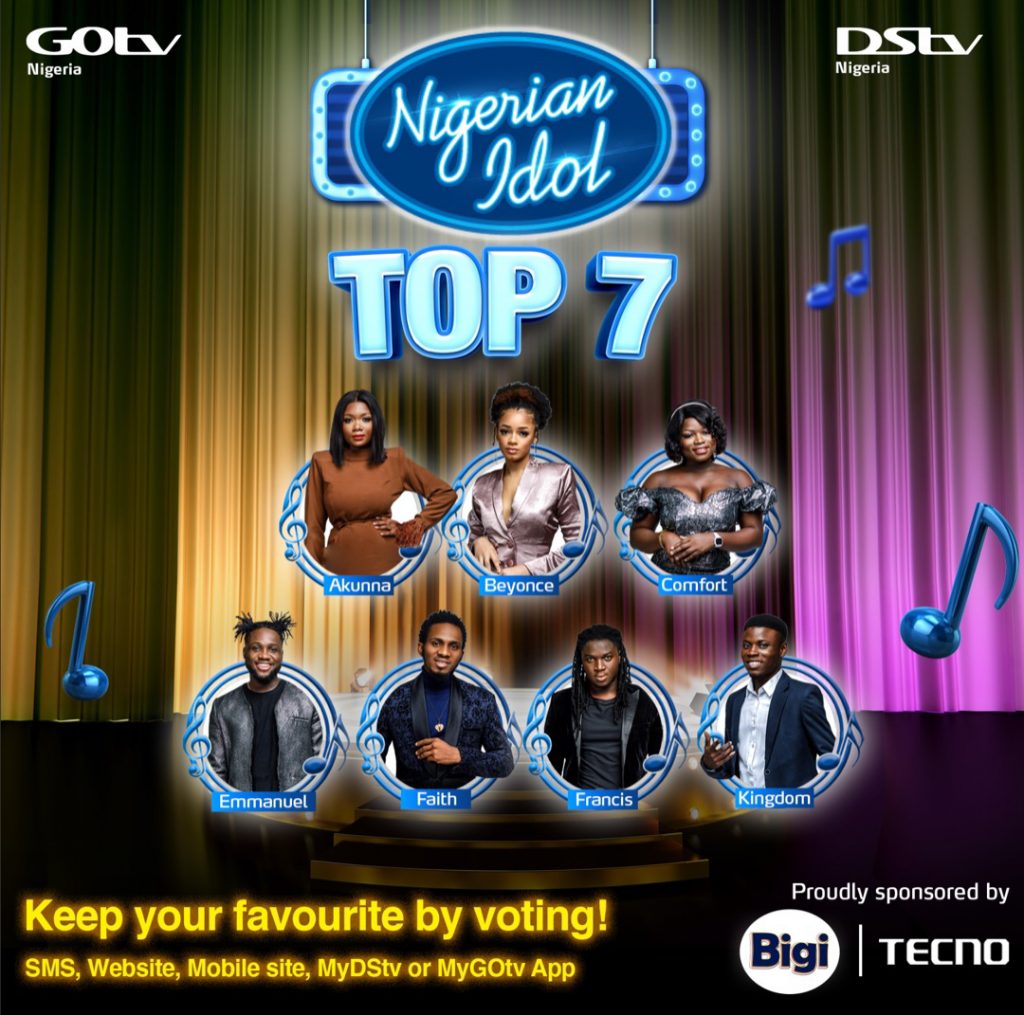 Last night, contestants on Nigerian idol took a trip back to their birth year as they performed their favourite hits from the year they were born.  Beyonce Ajomiwe opened the night with her rendition of Rihanna’s 2004 hit, “Unfaithful”. DJ Sose commented that her breath control was good, but Seyi Shay felt the song was not the right choice for her.  Next up was Comfort. Her performance of Christina Aguilera’s “Beautiful” impressed the judges and showcased her continuous growth in the competition. She was however advised to work on her vocals and stage presence.

Atela Francis’ soulful performance of Bryan Adams’ rock classic “Please Forgive Me” left the judges speechless. When Obi Asika finally spoke, he commented that Francis had just delivered a stadium worthy performance. Another contestant who left the judges speechless was Faith Jason. His song choice, “You Are Not Alone” was a tribute to his idol Michael Jackson. DJ Sose exclaimed that he was the full package; combining his voice, skill and stage performance.

Fans favourite, Kingdom followed Francis and Faith Jason performances with a stunning rendition of Toni Braxton’s “Unbreak my heart”. According to him, he chose the song because he read fans’ comments, asking him to be expressive and this was his response. Seyi Shay felt that this week’s performance was a step up from last week and he had redeemed himself. Obi Asika agreed, saying that Kingdom had arrived and they had all been waiting for him to sing and perform the way he did during the auditions.

Akunna sang LeAnn Rimes’ 1997 hit, “How Do I Live”.  Obi Asika commented that like her previous performances, she was great. Emmanuel closed the night with a stellar performance of Seal’s “Kiss From A Rose”. He received a standing ovation from all the judges who praised his vocal ability and stage presence. For Daniel, it was the end of the road as his journey on Nigerian Idol came to an end last night.

Don’t forget to vote for your favorite contestants as the power to determine who stays and who leaves is solely in the hands of the viewers. Voting on Nigerian Idol is via the website, mobile site, MyDStv, and MyGOtv apps and via SMS, which is available only in Nigeria. You can vote for your favourite contestant via the Africa Magic website, www.africamagic.tv/nigerianidol, and the Africa Magic mobile site by selecting contestants of your choice and entering your number of votes, and click VOTE. Voting via these platforms is limited to 100 votes per user. MyDStv App and MyGOtv App votes are free and votes are allocated based on your subscription packages.